← Chinese beef. Opening the dragon’s appetite
Why ethical investments are beating the non-ethical →

Crowdfunding: putting your money where your values are

As the farm behind the Archers tries to raise £1m, Mike Scott asks whether crowdfunding will continue its exponential rise or be held back by regulators 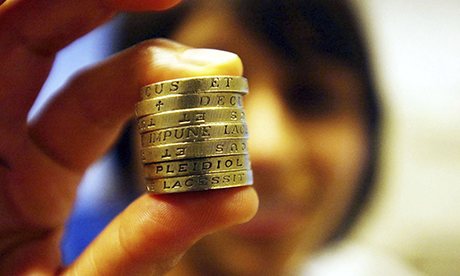 With crowdfunding investors know where their money is going and what it is doing. Photograph: Pa

When it comes to investing, people are increasingly cutting out the middleman and going straight to the horse’s mouth.

One business that is hoping to benefit from the surge in interest in crowdfunding is the farm that inspired the radio soap The Archers – Rush Farm in Worcestershire. The 150-acre organic and biodynamic farm, which has a business park attached, is looking to raise about £1m , according to Sebastian Parsons, whose family owns the farm.

The entity raising the money, Stockwood Community Benefit Society is offering investors a return of 5% for as long as they remain invested and will use the money to ensure the farm remains a biodynamic enterprise, as well as expanding its use of renewable energy.

The fundraising has its roots in a family trauma many decades ago, Parsons says. “My grandfather ran one of the first biodynamic farms in the UK… when he retired, the family could not agree what to do. The farm was sold and my side of the family was devastated. We resolved to buy the farm back.”

In the meantime, Parsons became the UK distributor for natural beauty products company Dr Hauschka, which rents one of the units in Rush Farm’s business park. In 2005, when the farm and business park were put up for sale, Parsons bought them. His parents now run the farm on biodynamic principles, which treat animals, crops and soil as part of a single system.

Mindful that his parents are in their 70s, as well as the fact that “we have converted the farm into a wildlife paradise and if we’re not careful it will be lost again”, Parsons started looking for a way to ensure the hard work to make the farm biodynamic would not be lost. He heard about a farm in Shropshire that raised enough money to prevent the landlord selling it for housing by offering shares in the property. Even though the shares offered no return, the farm is now owned by 8,000 people whose average investment was £80.

Applying the idea to Rush Farm, Parsons created Stockwood CBS, which will buy the farm and business park. Once enough money has been raised, the family will become tenants. Because the farm has the business park as well, it is able to offer a return to investors.

“It is an ethical investment,” Parsons says. “It allows people to get their money working in a way they approve of – but it’s also a good deal because it’s asset-backed.”

Crowdfunding is proving hugely popular – the sector is growing at an astonishing rate – about 20% month on month, according to Julia Groves, chair of the UK Crowdfunding Association. “The three biggest platforms make up about 80% of the market currently. Crowdcube has raised £9.7m so far in 2013 compared to £2.3 in 2012. That’s circa 434% and the year hasn’t finished yet. Seedrs grew 600% in the five quarters to the third quarter of 2013 while Abundance Generation grew 23.4% between July and August.”

The reasons for this growth are clear, she says. “People are putting their money into things that they really care about. In conventional investment, there is layer upon layer of rent-seeking between you and your money and people have become completely disengaged.”

While it has been used to fund everything from 3D printers to music albums and computer games, the sector is suited to those interested in sustainable investment because with crowdfunding investors know where their money is going and what it is doing.

“People want that control element,” says Bruce Davies, managing director of Abundance Generation, which uses crowdfunding to raise money for renewable energy projects. “The wealthy have been doing this for a long time, but with the development of the internet, technology has enabled more people to gain access to this type of investment. The City has been slow to open up investment to the broader population. If you are a small investor, your choices are limited. We are democratising the sector.”

The internet has created a culture of sharing and collaboration throughout the economy, according to Groves. “Financial services was the last walled garden,” she says.

Renewable energy projects are an ideal crowdfunding investment because they offer an income from feed-in tariffs driven by inflation rather than eroded by it, says Davies. “People like the fact that they are earning from day one and that everything they earn corresponds to energy being generated,” he adds.

Abundance has already raised, with another £1m of fundraising currently live on its website, but Davies expects it to be raising £10m to £20m per year before too long and offering a range of investments including property.

Crowdfunding is also a reaction to the financial crisis and the relentless focus on profits at all costs that accompanied it, Groves believes. “People have had it up to the back teeth with the current banking system.”

In addition, those same banks are simply not offering returns that keep up with the rate of inflation and nor are they lending to the engine of the economy, SMEs, she adds. “Banks have neither the will nor the way to lend but small businesses need finance to grow.”

Given the disillusionment of depositors with banks and the demand from small businesses, it is hard to overstate the potential for crowdfunding, Groves suggest. However, there is a danger that the sector will be held back by overzealous regulators. Crowdfunding sites such as Crowdcube, Indiegogo and Ethex, which is offering the chance to invest in Stockwood CBS, will be regulated by the Financial Conduct Authority from next April, and there have been fears that it will shut out small investors with less than £1,000 to invest.

This would be quite wrong, says Groves. “If people are able to understand a business and assess the risks they will want to invest and they should be allowed to invest. It is not up to the regulator to say where you can and cannot put your money.”

This entry was posted in National and International Media, Publications, The Guardian. Bookmark the permalink.
Tweet
← Chinese beef. Opening the dragon’s appetite
Why ethical investments are beating the non-ethical →