Agriculture, Fisheries And Textiles To Face Same Climate Scrutiny As Oil And Gas 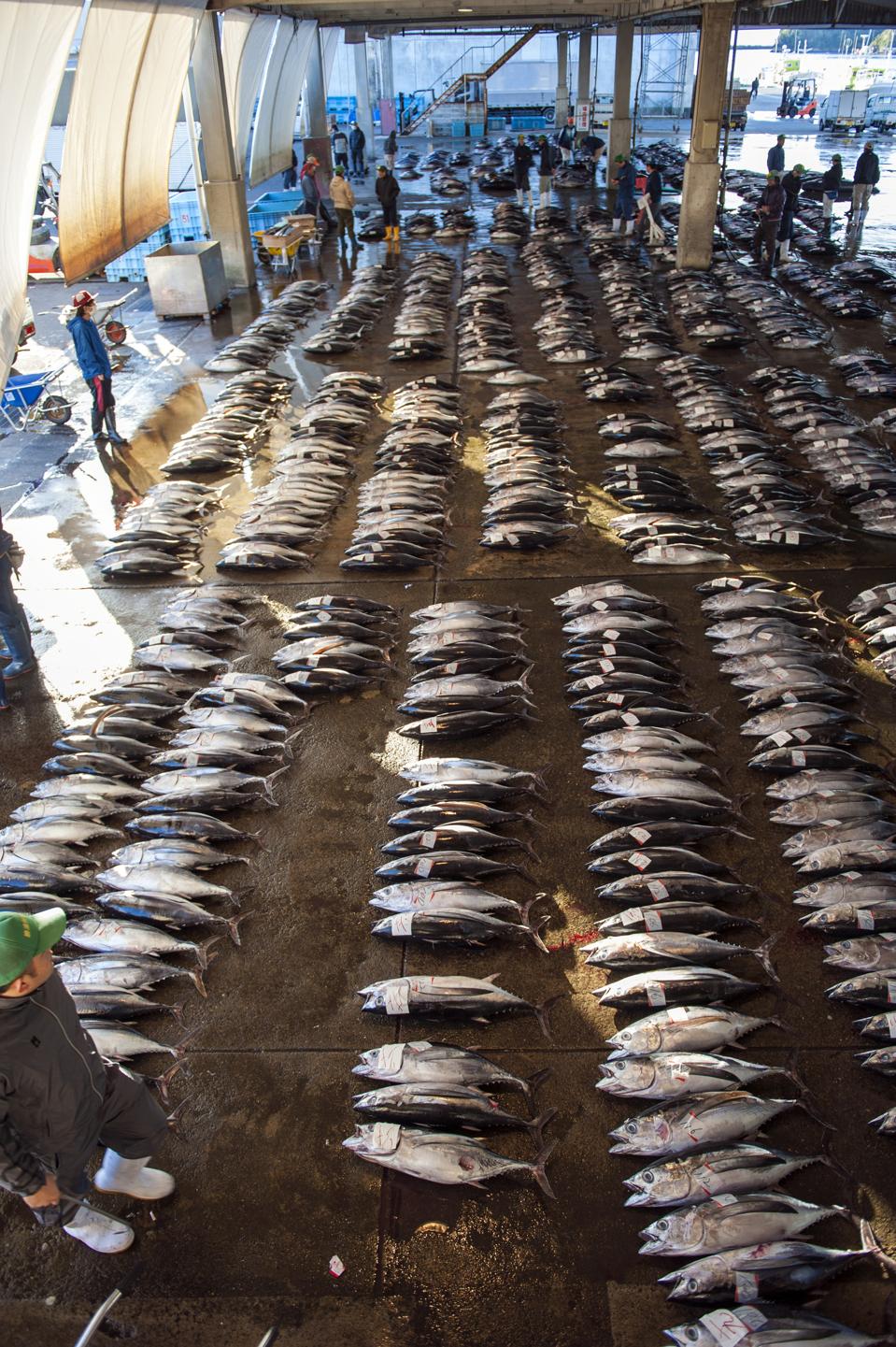 Tuna for sale at the tuna market in Katsuura, Japan. (Photo by Leisa Tyler/LightRocket via Getty)

Since it was founded a decade ago, Carbon Tracker has warned investors in a series of influential reports that fossil fuel companies are not aligning their business strategies with the Paris climate agreement and are underestimating the impact of solar power and electric vehicles. Oil and gas companies risk wasting $2.2 trillion if they base investment decisions on current government emissions policies rather than on the Paris target of well below 2 degrees.

By bringing financial rigour and concrete numbers to the discussion on the global carbon budget and the energy sector’s role in ensuring that we stay within that budget and align with climate science, it has performed an invaluable service for investors.

It highlights the danger of new fossil fuel facilities becoming stranded assets because of efforts to tackle climate change, and the opportunities that now exist in renewable energy and energy efficiency, giving “investors, financial regulators and business leaders the analysis and tools they need to adapt to the global energy transition”.

The results are visible in the growing investments by oil and gas companies in renewable energy and electric vehicle charging infrastructure.

Its research programme will look at agri-business, water, plastics and textiles, focusing on areas such as:

•        How soil degradation, deforestation and climate change affect production of soft commodities such as beef and soybeans

“Planet Tracker aims to embed the true value of nature into global financial flows and raise awareness of “value-at-risk” in the financial community,” the organisation says. The scale of the problem is revealed by the fact that since 1997 global land use changes have resulted in a loss of ecosystem services worth more than $4 trillion a year – equivalent to 5% of global GDP.

The group has just released its first report, which focuses on Japan’s fishing industry and warns that investors such as BlackRock and Vanguard are risking profits and reputation because they cannot tell whether the companies they finance are responsible for overfishing.

The report warns that they face serious financial and reputational risk because the seafood companies that they finance are not required to report on their supply chains and whether they rely on fish stocks that are overexploited.

“Globally, one third of fisheries are overfished, and illegal and unreported fishing is a major issue,” the report says. “Climate change is compounding the problem as seas warm. Falling fish stocks threaten not just profits but also a vital source of nutrition for three billion people worldwide.”

“Growing international competition has led to overfishing and a decline in fish stocks, and climate change is compounding the problem,” the report says. “One third of world fisheries are now overexploited – up from just 10% in 1975 – and 60% are fully exploited. Globally, illegal and unreported fishing has also become a major problem. These factors all combine to create a perfect storm for the Japanese industry.”

However, Japan’s seafood industry can reverse years of decline by using its influence as the global leader to encourage sustainable fishing worldwide, Planet Tracker says. “Globally, the industry could earn an estimated extra $51bn to $83bn each year if fisheries were managed sustainably.”

Falling fish stocks threaten not just company profits but a vital global source of nutrition. Seafood provides 3.2bn people with a fifth of their animal protein and supply may need to double per person to help feed nearly 10bn people by 2050.

Mark Campanale, Planet Tracker’s Founder, said: “Japan’s seafood industry, as the world leader, has the opportunity and responsibility to use its influence to ensure fisheries are managed sustainably in a way which ensures maximum sustainable yield to secure investment returns and enable economic opportunity for all.”

In addition to declining seafood stocks and climate change, Planet Tracker believes investors are exposed to five other key risks:

2. Traceability of fish catches. Investors have no mechanism to obtain public and independently validated data on the source of the seafood companies sell – how much fish of each type is caught, when and where.

3. Transparency of operations. Lack of supply chain transparency and performance disclosure by seafood companies makes it impossible for investors to link company revenue figures with fisheries that are over-fished or at risk of overexploitation.

4. Opaque subsidiaries. Planet Tracker found 2,900 subsidiaries of the 41 listed companies it assessed. Investors have no visibility of these subsidiaries’ operations, liabilities and performance and it is difficult to determine which operate in the seafood industry.

Planet Tracker says investors and lenders need to press companies to manage global fisheries sustainably. Among the measures that could help this are requiring the companies they finance to have internationally recognised sustainability certification, requiring them to provide independently validated reports on where, when and how their fish are caught and under what quota, and assessing companies every year to ensure they are meeting sustainability requirements.

This entry was posted in Forbes, National and International Media, Publications. Bookmark the permalink.
Tweet
← Economics of Electric Vehicles Mean Oil’s Days As A Transport Fuel Are Numbered
Why the wind industry is a breath of fresh air for the UK’s economy →